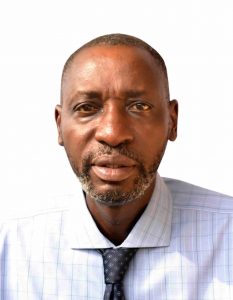 Ayo Omotayo is a Professor of Environmental Sustainability in the Department of Geography and Planning at the Lagos State University and he was the Dean of the Faculty of Social Sciences between 2012 and 2017. He is currently the Director of the Center for Planning of the institution.

The Foreign National Scholar to the United States of America is also a serial international entrepreneur, some of the companies include Netlynk Incorporated, a computer consulting firm in Atlanta-Georgia after obtaining training and certification in JAVA programing, EPRD, Novel Networking Engineering, and Microsoft Systems Engineering. The company set up the first online university programme for a historically black college at the Wilberforce University in Ohio. Another was the development of CASHFAST, a technology that was developed to complete the international transfer of money over the internet in 1999.

In Nigeria, the company was responsible for the total re-engineering of the IT system of Standard Trust Bank that enabled the bank to become the first Nigerian bank to offer online real-time banking in about 72 branches within record time. He again led the revolution in the area of online data management techniques by developing online payment and registration technology for Lagos State University. He called the project HEDUMSYS (Higher Education Management Systems). This frame has been replicated in almost all Nigerian universities. He successfully guided the transfer of several emerging technologies into Nigeria through collaboration with international companies such as Infosys of India and Real Secure of Redmond in the U.S.A.

As a geographer and a city planner, he ventured into real estate to help create and set standards in City Planning and infrastructure development for convenient living from the planning stage to city development, construction, and eventual habitation.

He founded the MBA programme in LASU helping the university to break new grounds in tuition-paying education. This he did against all odds and in direct competition with well-established schools such as the University of Ibadan and the University of Lagos.

He has authored several papers in the field of fluvial geomorphology, hydrology and sustainable environmental development generally and a book on statistics. He is the current Editor of the Nigerian Geographical Journal. He is currently working on a children’s book which he hopes would help to show his soft side and his love for children and young people generally.

Professor Ayo Omotayo has made several presentations and public lectures to professional and academic bodies including Non-Governmental Organizations (NGOs). One of these is the Public Lecture he delivered on Youths and National Development at the famous annual Tunde Oshobi Public Lecture at the University of Ibadan in 2015 and another is his Inaugural Lecture: titled “Are we Living in a Dying Earth” delivered at the Lagos State University in 2016. He is involved in several charity works and likes to raise funds for environmental, youths and Christian activities.

He was educated at the famous University of Ibadan from 1980 to 1990 where he obtained a Ph.D. from the Department of Geography. He was President of the University of Ibadan Jaycees in the 1986/87 Session during which he helped to found the Lagos State University (LASU) Chapter of the organization. He is a council member of the Association of Nigerian Geographers.

He is married and has a daughter.